The 2020 Census is here and will shape Texas’s future for the next decade. The Census counts every person living in the U.S. once, only once, and in the right place. For a state as large and diverse as Texas, it can be difficult to count every resident. Counting every person is not only a constitutional mandate, it is an essential step to ensuring that Texas can thrive for years to come. 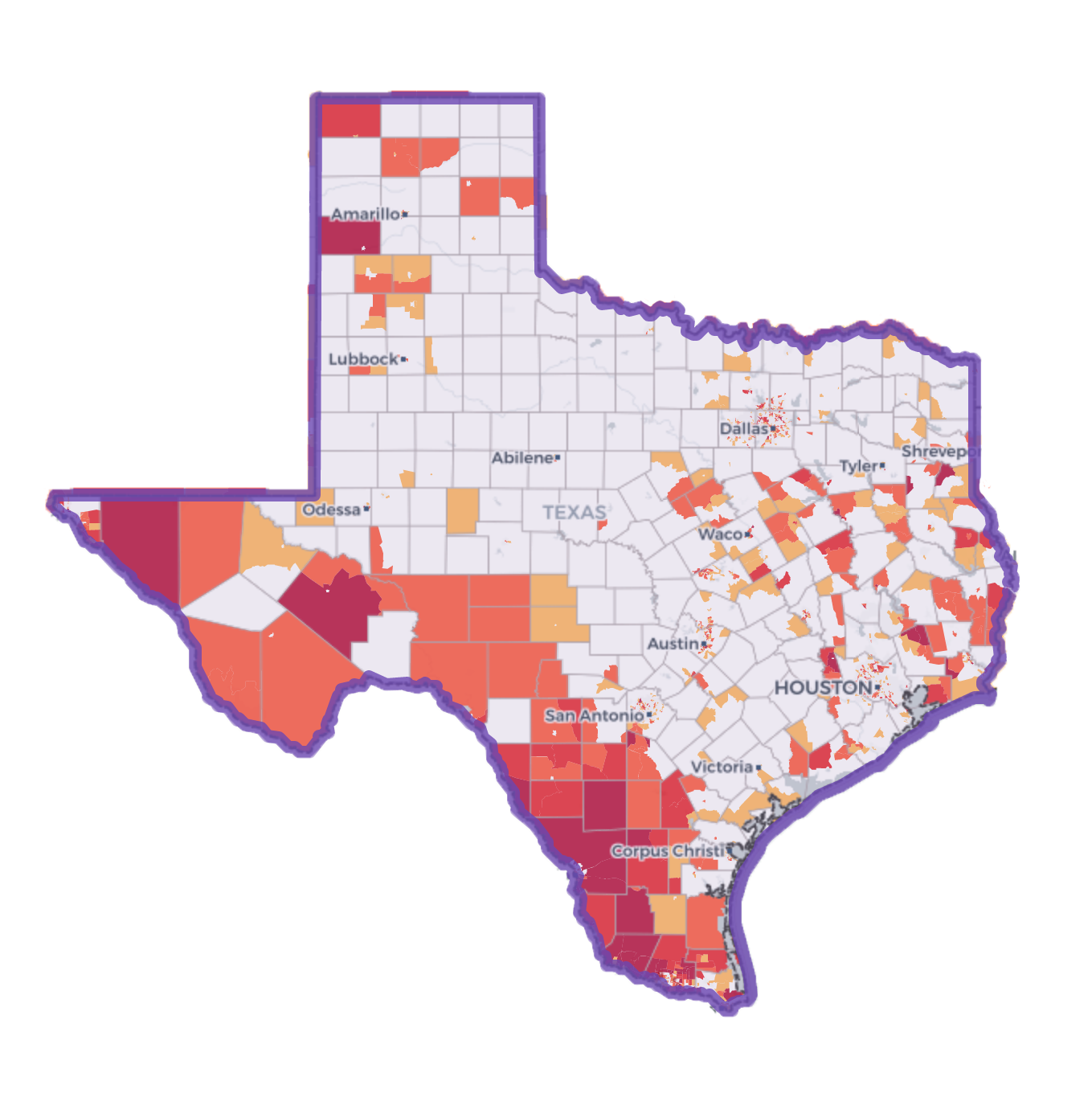 Hard-to-count means a region or population with a low self-response in past Census counts. Hard-to-count populations include very young children, immigrants, people of color, rural residents, people with disabilities, and low-income individuals. Communities that are not counted accurately could lose out on political representation and critical public and private resources.

The Census often misses people if they are:

1 in 4 Texans Lives in a Hard-to-Count Community

With 25 percent of Texans living in hard-to-count areas, our state is at particularly high risk for a significant Census undercount. Being undercounted by even one percent in 2020 could result in a significant loss in federal funding for Texas — at least $300 million a year.

An estimated 30 percent of young children in the state (about 582,000 children) live in hard-to-count neighborhoods, making them at high risk of being missed.  Texas is home to the second largest population of immigrants in the nation, with 17 percent of its residents born outside the U.S. Fears around the defeated efforts citizenship question as well as the current political climate could suppress participation in the Census.

In addition to the challenge of counting in hard-to-count communities, The 2020 Census is facing unique challenges.

There are no upcoming events at this time.